Cattle (cows) is the most common and widely consumed animal product (beef). They are commonly raised as livestock for meat production, for milk (dairy cattle), and for hides, which are used to make leather. Cattle Farming has a whole lot of interesting facts that in turn is beneficial to daily life, they include:

Cattle farming not only provides food, they provide over nine hundred by-products that are used all over the world. Such products are leather, lotions, soaps, medicinal and pharmaceuticals products. There are also hundreds of other products made from the byproducts of processing beef.

In beef production there are three main stages: cow-calf operations, back grounding, and feedlot operations. The production cycle of the animals start at cow-calf operations; this operation is designed specifically to breed cows for their offspring. From here the calves are back grounded for a feedlot. Animals grown specifically for the feedlot are known as feeder cattle, the goal of rearing these animals is to fatten them for a period of time to add lots of weight and finally sell them.

Grazing cattle can improve soil health, which in turn helps sequester carbon dioxide from the air into carbon under the ground. This helps both the plants cycle, the microbiology under the soil and at the same time helps the air quality.

Compared to sheep or goats, cattle do not need much fencing, a two-strand electric/wooden fence with enough water and feed will keep the cattle where they are put.

Individual cattle are harder to steal because of their size and weight and they are much better at defending themselves.

Cows are social animals, and they form large herds. They are friendly and they tend to bond to their herd.

Grazing animals like cattle turn excess plant matter into manure to improve the soil and this helps to increase the production of tasty plant matter.

Cattle manure breaks down easily because they are appealing to dung beetles, and other decomposers like birds (they feed on the undigested grains).

Cattle feeding is cost-effective because their main food is grass which can be found almost anywhere.

Draught cattle are used for labor on farm land, activities such as tilling, irrigation and carting.

Cattle reproduces calves which can be sold to raise income.

Cattle farming increases the overall income of the farmers and raise their standard of living.

Other interesting facts about cows: 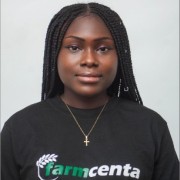 Why you should eat fruits everyday

Meat Embassy; one of our Cattle Off-takers Visit the Ranch for Assessment